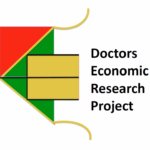 These fundamental questions led to the related question as to whether a financial structure could be created for doctors that would enable them to more efficiently convert earnings into savings in order to achieve financial independence. Early findings of the research indicated that doctors would not achieve financial independence in an efficient manner if they continued to lose surplus earnings to unnecessary income taxes, and to lose savings to unnecessary risk investments.

These questions and related findings led to the development of planning models and planning principals and rules that formed the basis for an economic education program that provided readily understandable and timely information on planning fundamentals and access to an evidence-based planning program that could assure doctors that they could achieve financial independence in a predictable manner. The research project initiated economic education programs for doctors across the country, and invited doctors to become participants in the evidence-based planning programs. The data that was gathered from the thousands of participating doctors led to the development of financial programs, products and services that were specifically designed for doctors.

During the clinical trials phase of the Doctors Economic Research Project a planning program was developed to provide doctors access to special design capital accumulation and capital distribution planning programs, services and products.

Initially, the research project studied doctors’ economic life cycles and researched tax reduction opportunities that would enable doctors to accumulate larger quantities of savings earlier in their careers. The research project then identified the most efficient earnings management and savings management structures that were available to doctors and flexible enough to fit individual doctors’ needs. Special financial programs, services and products were then developed with the assistance of insurance companies, banks, and investment companies to meet doctors’ unique financial planning needs.

The implementation phase of clinical trials delivered a financial planning protocol for use by productive doctors who became participants in the Doctors Economic Research Project. The implementation phase of the Doctors Economic Research Project accumulated financial data from doctors for more than 30 years. The data was analyzed, and findings were provided to hundreds of thousands of doctors through “Economics of Life for Doctors” seminars, newsletters, and audio programs.

During this phase, specially trained financial consultants provided some financial planning program, service, or product to more than 60,000 doctors who became participants in the evidence-based planning program. Information gathered during the multi-year implementation phase of the capital accumulation and capital distribution planning programs for these doctors was used to create one of the largest databases in existence on doctors’ financial needs.

The New Economic Order Planning Program began its research and development phase in 2008. After 11 years of program and product development and clinical trials with doctors in HI, CA, NV, CO, UT, and IN, the program became available for national distribution in 2019.

Critical Capital Mass was defined as a quantity of savings that was required by a doctor that could be liquidated during his or her lifetime to finance current lifestyle costs through life expectancy. The objective of the initial capital accumulation planning program had been to help doctors maximize the efficiency, control, and safety of the accumulation of sufficient savings to finance their lifestyle purchasing power needs through their life expectancies.

Data concerning doctors’ Great Recession losses of value in their risk of principal asset class investments and their resulting fears of outliving their retirement savings indicated to the Doctors Economic Research Project that a New Economic Order had been initiated, and that guaranteed outcome planning and guaranteed outcome investment instruments needed to be developed to support a New Economic Order definition of Critical Capital Mass and financial independence.